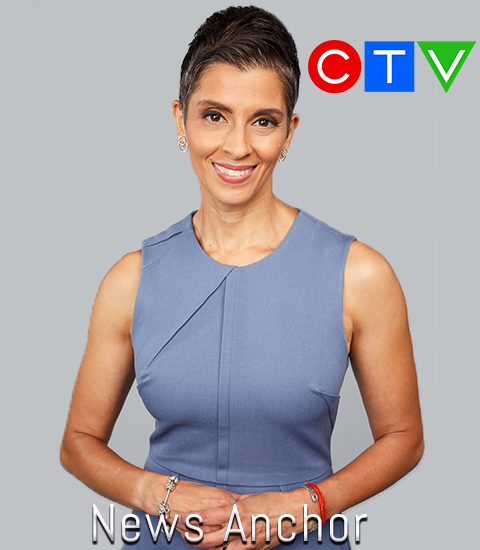 Seth launched her broadcasting career as a reporter for OMNI Television upon graduating from the University of Toronto with an honours bachelor’s degree in Political Science, English, and Philosophy. During her tenure at OMNI, she led coverage on top stories such as the 9/11 terror attacks and the Air India trial in Ontario. She also hosted and produced two entertainment programs, ISHTYLE TV and BOLLYWOOD BLVD. In 2013, Seth joined CBC Radio as a freelance news anchor while maintaining her parenting blog, masalamommas.com. Today, she continues to write her own column entitled Out and About with Angie Seth for Desi News Magazine.

Seth is strong advocate for women’s rights, children’s rights, and the fight against domestic violence. She worked on a two-year project from 2014 through 2016 with the South Asian Women’s Centre and maintains a positive and unwavering presence in the community. Seth has won several awards, including the Edward Murrow Award for Innovative Journalism in 2018 for MultiMarket Content, and the Queens Diamond Jubilee Medal in 2012 for her work as a journalist and her contributions to the community. Seth is a long-distance runner, and has participated in five marathons, including the Boston Marathon in 1999. Seth lives in Toronto with her husband and three children. She speaks English and Hindi.